A LETTER TO THE YOUTHS 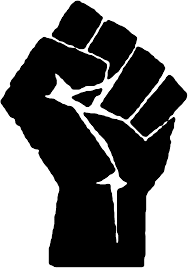 They say that life is like a still pond, when you throw a pebble in a still pond, the pebble generates ripple effects which spread across the pond. We swim in the ripples that others have created. Similarly, others swim in the ripples we have created. The nature and magnitude of the ripples varies. Some generate huge tidal tsunami like waves that re write history while others just merely brush the surface. Others generate ripples that can be of good force while others of evil nature are generated as well. My aim is to stir this pond of ours (youth) because we have been swimming in the most unfavorable conditions as youths in our beloved country Kenya.

Hi, I would tell you my name but why bother when apparently one can clearly tell which tribe I come from just by merely looking at my online status or the political party I support. You could not be anymore wrong. My tribe is Kenyan and the only political party I support is Kenya youth party (KYP). It’s not yet formed but I know it will. It will be a party for all youths regardless of their second names, economic status or gender.(it’s not my party but ours). I don’t intend to head that party or take part in its running but my goal is to throw a pebble in a our youth’s still pond and hopefully this pebble will generate ripple effects which will spread across the whole pond and eventually the Kenyan youths may wake up from slumber. Am the spark that hopes to inspire you so that we the youths can know what’s best for us and become one united front.

Here is a little statistics for us, in our beloved country as at 2015 almost 10 million youths are unemployed.That statistics has likely gone up. Last year more than 100,000 youths graduated from institutions of higher learning. Only about 30,000 were absorbed leaving 70,000 out. You add this number to others of previous years who were not lucky enough to be employed it’s likely to exceed 100,000. This year alone more than 200,000 students will graduate, so you can do your math on how many will be left out. There will always be a deficit each year unless we do something.

It’s very disheartening when someone especially a youth defends the government when clearly they are either doing nothing or doing everything wrong with regards to youths. The youth fund was stolen from us and even before it was stolen many of us had not benefited. The 30% tenders the youth and women were promised has never been effected. We were encouraged to form companies which we eagerly did but only a handful (if any) of us benefited. Don’t even get me started on the National youth Service. You guys still remember Uhurus promise to employ youths.His definition for youths was old political relics, daughters and sons of the mighty who had fallen, his comrades (Ocampo six, (save for Sang). Uhuru is only interested in making allies at and gaining political leverage at our cost. The Government has done very little in helping us youths. The quicker we accept this the better it is for us.

I also want to insist that the opposition does not hold the key to our solutions either. Neither Raila nor Cord party has any plans of helping us either. But guess what? I know who does have the key. We the youth have the key, yes whether corded or jubilated, unemployed or not, Luo or kikuyu, Kalenjin or kamba, maasia or luhya, married or single, rich or poor, influential or not.Did you know that we make over 40% 0f the the Kenyan population. You would be surprised at how much votes that can translate to in an election period.

By the way insults and objections are highly welcomed. After all that’s what we are good at. Insulting each other online at the discomforts of our pathetic lives as we struggle to make ends meet. Jumping oceans for people (politicians) who can’t even jump puddles for us. Politicians play us like puppets. They say jump, we ask how high. It’s high time we stood up against them. Let’s form our own party, register it and let our youths vie for more political positions. Even if we don’t win at least we can form coalitions which will ultimately help. This can only happen if only we come out of our tribal cocoons, we cure ourselves from sycophancy, we immune ourselves from political deception. ONLY WE CAN HELP OURSELVES. So please tell a brother to tell a sister to tell a cousin to tell everyone they meet that the YOUTHS HAVE AWOKEN and come 2017 we will fight for our rights to BE HEARD. So my fellow youths, register with IEBC if you have not. Let’s EQUIP ourselves as we prepare for war. To any youth out there who has the means and resources to set the ball rolling, kindly help us to unite so that we can build our future. We can be the leaders of tomorrow only if we start our journey today.

The photo is courtesy of google