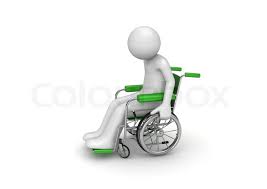 Africa is moving, but the question is, is it moving towards right direction? Did our fore fathers play a role in our demise or perhaps it is our own doing. You still don’t get my drift? Our continent is no longer known as the Dark Continent that Ken Sarowiwa used to call it; we have evolved to something more seismic. I believe the word am looking for is nebulous or maybe obfuscous, let’s just settle for atramentous. We live in a passive society which is sedated and disillusioned and don’t even get me started on our lost generation. Now I know I can’t change the whole society by myself (one man can only do so much) but am sure going to try. I would want my kids to listen to stories by the fire place with their grandmother than listen to useless junk on TV; I would want them to have better role models than what the society now day’s brands as role models. In fact I would name them after the likes of Grace Ogot, Chinua Achebe, Ngugi WA Thiongo, Chimamanda Ngozi however illusionary that sounds. My kids will influence the world however they can. Call me old fashioned but I would want my kids write poems instead of posting nonsense on facebook, paint pictures stead of parading pictures on instagram , set actual trends other than trending on the so called twitter. When was the last time any of you picked up a book by an African author, you prefer reading the fictitious, sci-fi, deluded, deceitful stories created by the white man to stray you away from the real problem or stories that need to be told. Chimamnda says that stories can be used to humanize, empower and repair broken dignity, therefore stories matter especially our own. The only time you read a book by an African author was during the secondary period and only because it was necessary.( Ready for a little history lesson?) One thing I like about these African authors is that most of them speak about the real problems facing our governments. Take for example Ken Sarowiwa who exposed the rot of his government in Nigeria and in one of his journals “Africa kills her sun” first published in 1989 he foreshadowed his own execution which was later to happen in 1995(read encounters of Africa). Our very own Ngugi WA Thiongo, who ran to exile in 1989 even when he came back 20 years later after president Moi was ousted, the ghosts of his past came back and haunted him. They barely escaped with their lives. Wole Soyinka was also another patriot who was put in solitary confinement for two years because he was against military dictator and political tyrannies. Yet the very same people we chased like dogs were welcomed with both hands by the White man, given tenure jobs and rewarded magnanimously. For my future daughters sake I have to mention chimamanda Ngozi. A modern African woman so in touch with her culture that in one of her books she gives tribute to the fallen state of Biafra (Google Biafra) which belonged to the Igbo. Parents of this new age don’t want their kids to learn their culture but prefer the white man’s diluted culture. In fact once its diluted we can’t call it culture anymore, can we? With more freedom and avenues than they had, we can’t even expose the rot in the society (congrats to the few who do). Instead our young girls solicit likes by exposing their bodies, the so called twitter big wigs easily become slaves of money rather standing for the truth. . The likes of Grace Ogot, Okot p’ Bitek, Chinua Achebe, Galesuti Baruti, Esther Kamatari, Pierre Makombo, Wangari Maathai. We owe it to them to stand for truth and justice. Fight corruption and injustice.

“The sun referred by ken Sarowiwa is a symbol of hope, life, better life and prosperity yet despite having a chance of a brighter tomorrow we somehow end up destroying our chances. Whether it is endemic corruption, ethnicity, poor leadership, massacres or violence. The list is endless.”

The views expressed here are solely the writers and not the admin.